Not long ago, I found myself the passenger in a ride to the airport with a most unique cab driver, who warned me how we were all going to die. 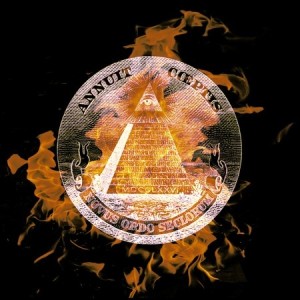 Given the distance to my destination was often up to an hour, I knew I’d have to overcome my NYC sense of anonymity and learn to make polite conversation. Repeating this trip many times, this became standard practice. As a side-effect I came to recognize many of the drivers, their peculiar quirks, styles and stories.

There was the overweight man who looked like George R. R. Martin, so cloistered to his white Prius that the foul smell attached to the car forced me to ride with the windows down. I hated riding with him, but I began to suspect that he might be homeless and slept in the cab, and couldn’t smell the difference.

A personal favorite was the athlete, a lithe, mustachioed black man who looked well-younger than the 50+ years he happily claimed. On any given ride you might hear about his kids, or his days as a boxer, or, if he were feeling in a particularly chatty mood, his time as a exotic dancer and gigolo, and the depraved sexual needs of the local women, which he embellished lavishly. I appreciated his sense of storytelling form, the way a gun knows another gun. I assumed it all to be tall tales, of course, but his sense of detail, the clear-eyed way he seemed to be not inventing, but recalling memories, impressed me as a fellow student of the craft.

While he was a favorite, there were also the occasional Asian man and frequent Arabs, not newly arrived but still with the unmistakable optimism of the newly immigrated.

Then there was this guy.

He was overweight, maybe 50 pounds, enough to gently rest a roll of back fat on the single seat that separated us. Round-faced, African American– but his hair was long, either braided or straightened into a tail, shaped just like a Pharaoh’s beard. His reversed cap gave it shade.

As was the custom, we rarely made eye contact, but I could feel him scan me over as midway through the ride, he mentioned something that caught my attention. He had mentioned he would be leaving the area soon, and then veered off into something else, presumably the rationale. I think I had drifted off and had been caught ‘yessing’ him.

“Bilderbergs. They control it. Don’t you know what they are?”

“The Bilderberg conference. New World Order. All the highflyers, luminaries, world leaders. They go there. It’s a hotel, where they decide everything.”

Well, I thought, this is getting interesting. “Like the Illuminati?”

“Basically, yeah. They decide money policy, oil, war, you name it. They control everything.  Greenspan.”

The conversation went on in this vein. After a period of time ascertaining my interest, he really flew right off the rails. He’d had all this explained by a close friend who had been in Canadian intelligence, he explained. Their ultimate plan was, you guessed it, MASS EXTERMINATION. Not total extermination, mind you. Just enough to get the population to a manageable level. Just enough to save the earth from environmental disaster. To save what was left and worth saving, for the 1%. They had an optimal number in mind, and it was in the tens of millions. So obviously, a lot of people were going to have to die.

To give you a sense of the time and date, I took this to basically be an elaborate pitch about Gold prices or Peak Oil, which were the standard go-to’s of the period. I did not realize what I was actually getting was a preview of a new kind of conversation.

“So how are they going to do this,” I asked.

“A virus, hidden in vaccines. Everyone who gets vaccinated will get infected with the disease, but it will be dormant. Harmless. What it needs is the catalyst. When that gets released, they know there won’t be any stopping it. So it’s not about when they are going to do it. They’ve already done it.”

“What about the catalyst? When does that get released? When do people start dying?”

I was expecting an indefinite answer, something suitably millennialist and forever at the horizon. His directness startled me.

“Sometime between March and May. That’s why I’m leaving. I’m moving my family to Canada, you should too. It’s gonna start to get pretty messed up around here.”

Indeed. Now, this was probably in 2012, so V-Day has apparently already arrived. I often think about what an awkward April he must have had. But! There is a teachable moment, here.

People believe all kinds of stupid shit for no good reason. Otherwise smart people. People, who frankly, ought to have known better. I actually found his cool craziness to be so jarring that it confused me. “Wow,” I remember thinking. “You speak English really well.”

I have a close friend with cousins who, sometime after Y2K, had to make the decision to sheepishly pack their shit and come up out of the bunker. Professional people, with real jobs. This happened.

I repeat: people believe all kinds of stupid shit, for no good reason.

So, of all the reason’s I’ve heard not to vaccinate, his was by far the most ridiculous. But when I hear modern anti-vaxxers on go on about their rationales, I do see them as not comparable but I do see them as an expression on the same spectrum.

I can abide a certain amount of bullshit, some play in the system. I love ideas, of of all kinds. I’m willing to give a compelling idea its due, and, I hope, duly suspicious of unchecked authority– governmental or corporate.  But the one thing I cannot abide is a conspiracy theory. It’s hard for me to think of something that will drop my estimation of someone’s intellectual capacity, faster. Even a wanton racist or sexist remark can be forgiven, in the context of age or isolation. Sometimes people really don’t know better, or have been taught improperly. But a conspiracy theory has baked within it a contemptuous desire toward contrarianism and secret knowledge. Please. This is how stoned teenagers see the world, and it needs to stop by the time you are 21, for real.

So I took this man’s story as fascinating, and appreciated it the way one loves any well-told bedtime story. But I didn’t take it seriously.

I look back at it now as a distant cousin of what I hear now in conversation about vaccines.  I don’t take anti-vaccine hysteria very seriously either, but when I hear about BIG PHARMA OMG know that my mind is spray-painting BILDERBERG across whatever you are trying to say.  As in, ‘you bet, jackass’.

Educated people are willing to draw all kinds of fantastic conclusions because they feel they can draw a straight line of cause and effect that aren’t there. Recently I found myself in an online debate with a German kid who suggested that Vice was printing articles questioning the extent of the Fukushima radiation globally because Vice has media ties to General Electric. You know, one of the biggest companies on earth. Why? Because one of their divisions makes equipment used in reactors.

Clearly, the weekend edition of Vice News, demographically targeted as it is, is the soldier standing on the wall that will protect the future of nuclear energy via a throwaway Sunday evening blog post.

Yet the idea that a site served via WordPress and bills itself as a leading natural news source and makes most of its ad revenue through selling natural dietary and exercise supplements to boost your immune system has no conflict of interest in a discussion on vaccines. Outstanding work. You are the Hardy Boys of the Internet. Erin Brockovich, Rachel Carson, and Ralph Nader beckon you take your seat at the table.

That said, I respect your skepticism.  We’re just going to need to work through it.

Number one, internet-shaming people into vaccinating, while useful in the short term, may create a bit of a backlash.  There is no convincing people that have been put on the defensive,  I have never, ever seen this work.  Here’s how we can open the door to a positive outcome.

We need to address scientific illiteracy, full stop.  This goes nowhere if we can’t agree on what constitutes evidence or a reliable source.  A domain name alone does not confer any authority on a topic.  Putting commission, committee, foundation, etc, in front of your nonprofit doesn’t either.  As long  as we’re at it, it’s probably worth revisiting some of our blind spots and self-deception.

We need to converge on what constitutes a federally-recommended vaccine schedule. Oh right, we did that. Well, check, then.

We need to acknowledge that the fears of antivaxxers contain a lot of valid elements to them. Unfortunately, they provide cover to some of the more irrational distortions and confabulations, and these should be extracted and addressed.   The same in reverse: one can be tarred as an anti-vaxxer for not opting for the Hepatitis vaccine, but this is quite different from not vaccinating for MMR.  These are two totally different levels of risk exposure and, accordingly, public obligation.

The idea that the government (or big-business, depending on your political orientation) can decide what should be injected into our children should absolutely concern any conscious person and make us pay really, reeeealy close attention.

However, there is a spectrum of risk and trade-offs that vary.  Ebola is a public menace.  A vaccine is literally all that stands between crashing and bleeding out of your pores.  I could easily see how such a vaccine could or should be both desirable and mandatory.

Measles, mumps, and rubella are not at the same level of lethality.  Nonethess, they are quite debilitating and dangerous, and lethal for many. Not a risk a society that can avoid it, should have to take, and certainly worthy of some societal coercion.

Chicken pox, by contrast, are inconvenient, pose a modest danger, and are routinely survivable.  That said, it’s not clear to me why, if we can vaccinate for them, we shouldn’t, but I do understand that plenty of parents would opt not to, especially, as will be likely, if they survived it themselves.  It’s also an uncomfortable fact that there is a point of tension that there will be things we can cure artificially, that we just won’t need to, and a democratic society must make gestures to leave a lot of choice on the table.

An appropriate balance must be struck: I do not accept that my sense of acceptable risk will track with modern helicopter parents who call the cops when a kid is left in the backseat.  Conversely, nor do I elect the bark-eating naturalism of befuddled hippies.  I will indeed want to choose, but I will also want my choice to be constrained by governmental requirements that accord with a sensible assessment of risk.

Or, you know, Greenspan will just decide for us.