Reactions have been predictable. I take particular issue with this one, one of many to make the claim that so-called “militant atheism” is to blame. It’s not. 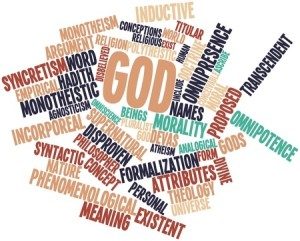 While I identify as an atheist, like everyone, I find the idea of ‘militant atheism’ repellent. I enjoy plenty of the cultural inheritances of religion. While I don’t think much of the 10 Commandments on a courthouse, when the War on Christmas comes, I’m for Team Santa. I also find atheists to be fairly portrayed as, well, kind of annoying.

In principle my atheism stems from the fact that I also believe that now, in the 21st century, Sam Harris’s so called “cultural conversation limited by religious conventions” isn’t the best one for us to have. Also, you got me the first time on the Santa thing, then again on the Easter Bunny, so I am done with authority figures and their bullshit stories.

The problem is, in addition to finding the idea of militant atheism repellent, I also find the idea to be incoherent.

Religion makes many claims about the nature of the world, atheism essentially makes only one. To simplify, I often call myself “unpersuaded.” This is to show it isn’t a strong belief, it’s a rejection of another one, and a pretty casual rejection at that.  I just don’t spend any time worrying about it.

Which is to say, if I were to identify myself by all the beliefs I don’t hold, where to begin? Where to end?  At bottom this false comparison seems to be a desperate need by the faithful to compare atheism to religion as if it were making specific claims it is simply not making, and religion is in the habit of making. Atheism isn’t the opposite of religion, any more than vegetarianism is the opposite of meat.

So, briefly: I don’t think atheISM can be militant, though there have been violent regimes that also called themselves atheist, usually alongside another more critical core of ideas. Those ideas are usually the animating ones, not atheism, because It’s hard to reduce what atheism is, an assertion of non-participation in another idea, to a motivating and actionable core.

It would appear that when atheism is forced you end up with the Soviet Union, whereas when a society simply grows out of its religious certainties, you end up with Northern Europe. Again we show a basic truism of compulsed participation that continues to elude the political mind.

Anyone can be violent, and anyone who self-identifies as a member of a philosophy can pick up a gun and become a militant-whatever-that-philosophy-is.   The question is, how much sense does it make? Does the doctrine make this demand? What is the effect if we take the doctrine away? Theoretically you could be a militant nihilist, a radical apathist. But how much sense does that make, in the real world? Content is important.

How sexist are vegetarians?  Who knows.  Its easy to see how we could easily build an imaginary bridge from vegetarianism to sexism, and imagine circumstances under which sexist vegetarians would arise.  But that wouldn’t change the fact that there is nothing in the core of vegetarianism to suggest or necessitate this. It’s also very easy to imagine a militant vegetarianism, but again we’d have to concede that something had been added and made politically active in a way that a commitment to not eat meat does not ordinarily demand. Doctrines have content.

Doctrinally speaking atheism is quite neutral, there is nothing in need of attack or defense. There is only one correlating instruction: “you don’t believe in this story.” There is no latent violence in “I don’t believe in astrology.” By comparison, there is latent violence in “spare the rod and spoil the child.” How do non-astrologers feel about abortion? We just don’t know. Non-astrology makes only one concrete claim.

Now, it’s worth observing that if you lived in an astrologically-believing world, you could be a militant non-astrologer but only as a political identity in contrast to the dominant one, astrology. This seems to have many people confused: “not-that” only has meaning if there is a “that”. I am also non-UFO, but it hasn’t been politically necessary to define that (yet).

AtheISTs can indeed be violent, just like anyone else. But I don’t blame atheism for their violence for the same reason that I don’t blame Christianity for everything bad every Christian ever does.  Christianity is simply not on the hook for all kinds of behaviors that a Christian might undertake, any more than Islam or Buddhism is.

If a Christian does a hit-and-run in his new Dodge Challenger, no one draws the connection to scriptural instruction because the instruction isn’t there. Indeed, doctrinally the Christian would be out of line. If a Christian opposes stem-cell research on the other hand, the objection is explicitly doctrinal (incidentally, Muslims get a pass on this one). If we added one line to the Ten Commandments, “also, money wants to be free to everyone,” the facts of the above paragraph would change.*

If an army of atheist fascists suddenly started going door to door shooting believers on an atheist mission, that would definitely be what militant atheism looked like, as opposed to a lone nut– and we’d also have to concede that they had added something to the meaning of atheism that just wasn’t there before and isn’t there in principle. At that point it might be better to call them something else, lest the actual meaning of the word start to migrate. So I correct myself. Militant atheism is possible to the extent that it’s possible to have a group of atheists who have gone militant. But it still has no coherent meaning other than to pluralize and no unifying principles or concrete claims to make (save one).

Atheism is becoming something of a political identity defined in relief against something else. The fact that I don’t believe ensures I can never ever be president of the US, for example. Suddenly I’m part of a disadvantaged class, and we can even organize. That, however, would be a political/sectarian form of organization, not a religious one.

At bottom, I think these radical atheists are something like the the press likes to talk about “radical feminists”– a ready-made media bogeyman who once you go looking for them, aren’t really there. Just politically active people who want the Nativity Scene moved, or to make the same amount of money for the same job.

So, let’s stop creating parity where there is none. Religions make many specific claims, and these claims have output on the ground. Atheism makes no claims– or one, depending how you take the message– and there are no consequences, except in the imaginations of the faithful.

*Harris and Hitchens have observed the same in various speeches, and it seems both obvious and inevitable to run up against this comparison.