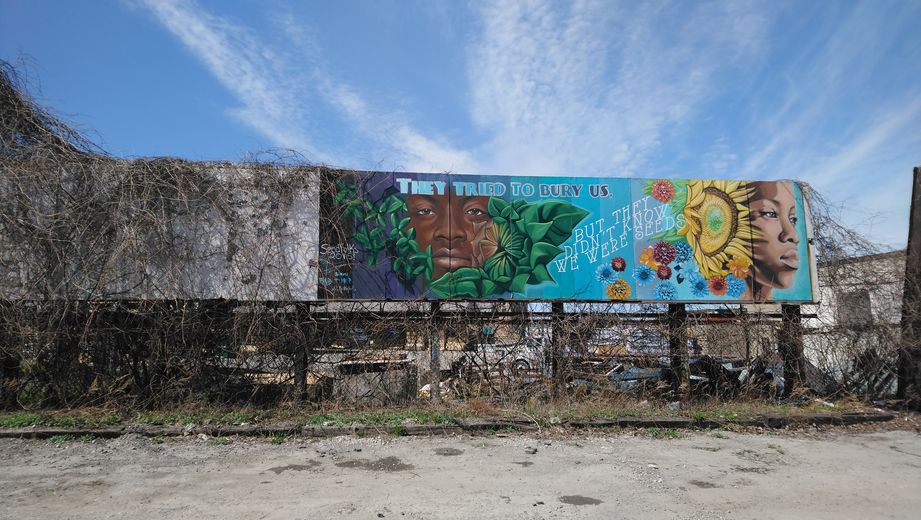 The Way Forward 1: The Rust Belt

For a period of time in the mid to late 80’s we lived in Northern Virginia, an area called Fairfax county, just south of Washington, D.C.

Coming from a five-college liberal stronghold in the northeast, Virginia appeared, to our eyes, to be inexplicably conservative and  WASPish, festering with poorly-concealed racism and class separation.  The Fairfax of today is of course, quite different.  By the standards of America at large, however, Fairfax county of the 80’s was politically centrist, essentially the suburban bedroom communities of the government apparatus, both Democratic and Republican.

Many years later, my brother returned from a visit there with a tale from this early-warning system.

“Obama’s going to win,” he claimed.  “The number of lawn signs, on the homes of people we thought were Republicans, shows it.”  Ten years ago we’d never have believed it, but the world had turned.  A black man could indeed be president.  Of course, Obama won, for the first time.

Likewise, I have my own early-detection systems.  I spent a few years traveling back and forth to Detroit, Michigan, where I became friendly with many people with a different political orientation than my own.  I’d listen to union radio shows in my rental car, and politely decline invitations from my Republican colleagues to go to the shooting range at lunch.  Michigan is officially purple, but was taken by Trump in ’16, so I called some up recently to get the read of the man on the street.  I was convinced that in my northeast echo chamber, the analyses I was hearing were incomplete, lacking in layers or nuance.  Some of the rationales I heard seemed overheated, more a case of shock and awe, wish-fulfillment and a statement of intent to factionalize.  “Whitelash.”  Another: “in a word: sexism.”  So I asked, literally, “What’s the word of the man on the street in the Detroit area?”

“Most people are either happy to have a job or are looking for one.  There isn’t so much ‘on the street talk’ as I think you guys get at your marches.

But I can tell you, I know a lot of people voted for Trump.  When he came here and he said to Ford, ‘If you move any factories to Mexico, I’m gonna tax your ass,’ well, that was exactly what people around here wanted to hear. Immigration is a big concern.”

I asked about the allegations of racism, sexism, what he said about immigrants.

“Let me tell you something.  When I was eighteen, I made $18/hour laying bricks.  A bricklayer makes half that now.  You can drive around and take a look at who’s manning the construction crews now and see the reason.  Sure, some people’s jobs went overseas, got automated, you name it.  But that’s not what people see.  Some guys I know have been out of work, literally, for years.

“So when you hear people chant ‘build a wall,’ are there racists in the crowd? Sure, I mean I think there have to be.  But when we hear you guys just say us wanting to build the wall is just racist, we think, ‘these guys aren’t listening to us at all.'”

And the sexism?  The ‘locker room’ remarks seemed to be a big line-drawer for some people.

“The things he was caught saying made me think less about him and more about how everything we say in public and private conversations is recorded now.   It was hard to take seriously– it just made me realize no one I know could ever be president, given all the raw shit we say.  I mean, I’ve been offensive to everybody.

“My daughter– she’s in college, after that, she just kind of tuned him out, just said to me ‘Dad, please, let’s just not talk about him anymore.’  My wife said ‘I don’t want to hear about that disgusting man in this house.'”  But neither of them marched, I don’t think they even voted for Clinton.  I think they just didn’t vote at all.”

Candidate Clinton lost for specific tactical reasons that I believe can be repaired in the fewest moves by concentrating on the so-called ‘Rust Belt’ states: Michigan, with 16 electoral votes, Ohio (18), Indiana (11), Wisconsin (10), Pennsylvania (20).  She won Illinois, which brought 20 electoral votes, for a total of 75 additional electoral votes, well more than were needed to augment her final count of 232.  (Please note that in this analysis I’m omitting traditional rust belt regions such as Baltimore (Maryland) and Buffalo (NY) as both are geographically disparate or attached to solid-blue states that would have gone Democrat in most contests.)

So sure, had she only won another five states, she would have won. An easy thing to say, of course– if only if she had won, she would have won.  But I concentrate on these states because this is a very specific corridor of America with easily-identified and broadly shared economic concerns, not culturally southern, many are historically Democrat in presidential elections, most have vital union presences, and most are very possibly inclined to vote more on economic lines than cultural ones.  Hillary didn’t fail to win them.  She lost them.

This means in that region Democrats can address economic concerns without moving from their key positions, especially given that there are no cultural concessions open to Democrats, no going back on hard-won victories.  Although it would unlock desirable southern states, we can’t offer up gay marriage or women’s choice, and no one is saying or would say anything like that– but that would be the only way to win those states, to suddenly become another party.  By contrast, the rust belt could have been won with messaging we were already using and positions democrats already held.  It probably goes without saying that yes, it is my belief that Bernie Sanders would have won here.

Let’s take a look at how Hilary/Trump polled in the Rust Belt prior to the election and how they performed thereafter. (Source: RealClearPolitics.com)

Please note, that’s a total of 95 electoral votes on the table.  At the close of the election, Clinton had only accumulated 232 of the required 270, meaning she needed at least another 38 to win.

What is the fastest way to accumulate an additional 38 electoral votes in the fewest possible moves?

The most efficient combination is done in two moves: take PA + OH for 38 votes exactly.  In OH, however, Trump held a 3.5 point advantage going in and an 8.1 point advantage coming out. That situation does not improve if we swap OH for IN, where, with Trump having a 10.7 point lead in November which later converted to 19 points on election day, Clinton had no shot whatsoever.

The most achievable combination is PA + MI + WI.  All three showed Clinton winning handily, according to polls. And all three went for Trump, albeit none with more than a 1 percentage point lead.  I find this achievable in that 1% may have been reclaimed with a single well-placed media buy, had anyone known in time.  This literally came down to hours.

A few other points about the data leap out immediately:

So what now for Democrats in these states?

Focus on the unions.  Here’s something that needs to be one of the top-three talking points for all go-forward Democratic communications: this is our plan for the blue-collar worker.  In Democrat terms, this has always been done by partnering with the unions.  This plan needs to be put forward as an economic issue, a jobs issue, and a cultural issue.  Meaning: strategic communications and creative briefs all must have imagery and iconography that speak to how the blue collar worker can expect to see a transformation and a vision for the next two decades.

UAW leadership endorsed Clinton.  UAW members went off script, and an internal poll showed 28% planned to back Trump.  That kind of defection was expected at other unions as well. Given the narrow margins of victory shown, that was more than enough to get us a 1% creep.

Now, here’s a fact.  I’ve worked in technology for twenty years.  I’ve never been in a union.  I’ve never needed one, no one I know in the industry has ever wanted one.  We work at the edge of the future, and the startup world’s tech and culture (offshoring, onshoring, automation, telecommuting) is usually followed by other industries, in their own time.

So it may be that the role of the unions themselves and their value proposition itself needs to change.  I’ll write about those specific prescriptions later, for now, the core message is simply that this is a conversation that Democrats and Progressives need to be involved in, need to guide.

We need to have everyone who has heard the message be able to answer this question for themselves: “What will you do to get me a job, and to protect it?”

Trump addressed this.  His solution wasn’t the right solution, but it answered the question: “I’m going to take your job back from the Mexicans that took it, and I’m going to tax your bosses who try to send it anywhere else.”  Take issue with the answer if you like (and I have an issue, here and there), but it’s an answer.

Sanders also had an answer to this question. “I’m going to take the investment from the rich people who are robbing you blind and pour it back into this country to create jobs for people like you.”  Also an answer.  Also has its own issues and presuppositions.

What was Clinton’s answer, again?

Comments are closed, but trackbacks and pingbacks are open.